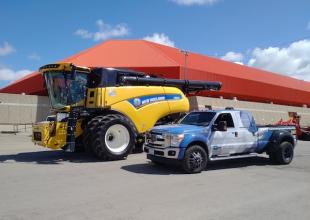 REGINA, SK — The assembly plant met the farmyard at this year’s Canada’s Farm Progress Show in Regina, SK from June 21 to 23. 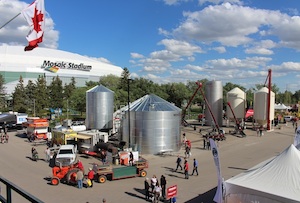 The 40th edition of the farm show saw 38,000 attendees from around the world converge on the prairies to view the latest in farm technology. Equipment manufacturers from Case to John Deere, New Holland, and Degelman Industries set up shop on the grounds at Evraz Place.

The show started in 1978 and is now the country’s largest trade show with 1.9 million sq. ft. of exhibition space.

While John Deere showed off its latest combines and seeders, a new farm grown competition took place on the grounds as well.

This year’s show saw the addition of the Farmyard Inventions Competitions. Farmers from across the prairies showcased their made-on-farm inventions. The competition pitted three farmers against each other in a fan favourite contest.

Ryan Dennis, a grain farmer from Holdfast, SK spent years being frustrated by flax bunchers. Each one he tried just didn’t seem to work right, so one day he took matters into his own hands. “I made one myself and I've been tinkering with and getting it to a point where now I want other people to be able to use it,” he said. 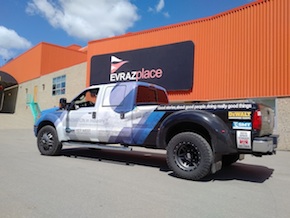 Dennis’ invention, the Better Buncher, is a rotary flax buncher, which pulls along behind the tractor raking the leftover straw from the combine into piles. Most flax bunchers require farmers to stop to drop the pile of straw, Dennis’ however allows for the pile of straw to be dropped while the machine is still moving.

“It's sort of one of those, why didn't I think of that type of things that most people look at and think, ‘Well it's really simple but it's really good.’ It's just a tweak on the old system,” he said.

In the future Dennis said his design could even allow for the flax buncher to be pulled right behind the combine.

Evan Sauer, a grain farmer Edenwold, SK as well saw opportunity in his every day work. One rainy day, Sauer was bored on his farm so started tinkering around in his shop.

“I thought there had to be a simpler way of sampling grain from a swing auger and a little more accurate,” he said.

Sauer’s solution was to make the bold-on grain sampler, which is a gate that bolts on to the side of the swing on an auger. With the gate attached, it provides a sample of well-mixed grain. Farmers can either let the grain trickle out or they can open and close the gate manually. The device holds the pail to collect the sample as well.

“During harvest and stuff we always want to make a very accurate, representative sample for what’s in the bins,” Sauer said. 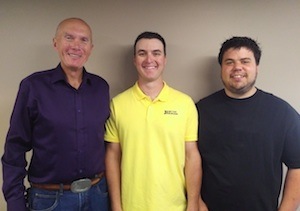 Ronald Gramlich, from Alix, Alta. came up with his invention slightly different than his fellow competitors.
Gramlich was working at CHS Canada, a fertilizer dealer. During the busy times of year he would watch his coworkers constantly climbing up and down bins to check which ones were full before fertilizer shipments came in, but Gramlich thought there had to be an easier way.

“It keeps people off the ladders.They can monitor bin levels from the ground without having to scramble up and down the bins, whether they're filling the bin or emptying the bin, it's all done right from the ground in a matter of seconds,” he said.

The three inventors spent the Farm Progress Show showcasing their inventions. Dennis and his Better Buncher were crowned the winner at the end of the week and won a $5,000 Peavey Mart gift card.

People from the around the world attended the show with nearly 65 countries registered at the international business center, completing $360 million in sales. Trade delegations from several countries, including Australia, the United States, Latvia and the Ukraine, attended.

Sustainability Television visited the Farm Progress Show to film interviews with some of the inventors mentioned, to find out more check out the INNOVATION in Industry™ series. 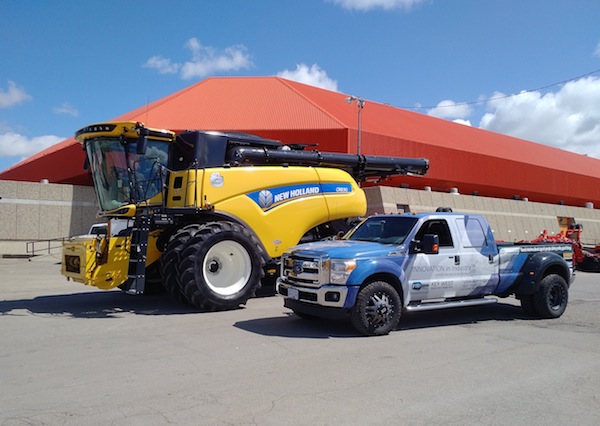