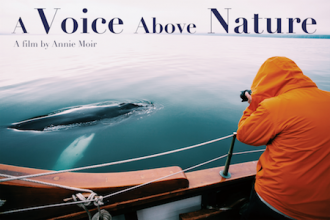 The Silence of Earth’s Underwater World

Fish and marine mammals use sound to communicate, navigate and hunt. Whole marine ecosystems rely on acoustics to survive and thrive. But, with 90% of world trade being transported across our oceans, these ecosystems are losing their voice and falling silent.

Lowering a hydrophone into the oceans, reveals an underwater symphony, as complex as the dawn chorus or a philharmonic orchestra. From clicks, calls, moans, grunts, even songs, these sounds are crucial to the functioning of the oceans and ecosystems within them.

Reefs make sound, clicks and popping produced by shrimps and fish, which can be heard for miles around and act as cues for the fish to return home to the reef. Amongst fish themselves, there is communication, either to warn each other about predators in the area or during mating. But one of the most iconic uses of marine acoustics in oceans is by marine mammals, particularly cetaceans. When it is difficult to rely on other senses such as smell or sight in poor water conditions, sound and hearing becomes the primary sense.

Echolocation, used by toothed whales, is the projection of clicks which are then echoed or reflected back, allowing the whale or dolphin to navigate or determine the distance and size of an object in the water, for example a shoal of fish. Low-frequency acoustics are used by baleen whales, such as blue, humpback and fin whales. These sounds can also be used to communicate amongst one another and for the males to compete during mating.

Sound is amplified and travels 4x faster in water than in air. So, our exploitation of the oceans creates noise pollution which is having serious effects on marine ecosystems. From shipping traffic, marine exploration and gas gun oil surveys, military sonar or construction, to ears designed to listen carefully to underwater cues, these noises are becoming a headache hard to escape from.
Scientists believe exposure to heightened noise pollution causes cetacean species to become stressed or suffer hearing and brain trauma, which can lead to death, mass strandings to escape the noise or from failure to navigate and even starvation from unsuccessful hunting. But despite human’s usual ability to outsmart nature, whales are fighting back. Observations have been made of whales communicating above the surface, out of the water to escape the noise, as well as using new acoustic frequencies to ‘dodge’ the sounds we are making. This fight from nature, must be supported.

My name is Annie Moir, I am a marine biologist and wildlife filmmaker. 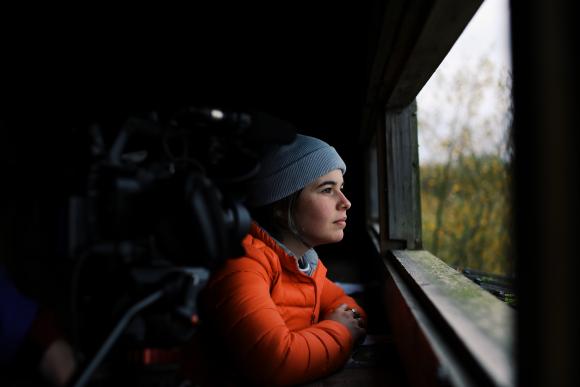 I am heading to Húsavík, in the north of Iceland in May to film their whale watching season. I will work with North Sailing, a whale watching company, who sail traditional Icelandic oak fishing boats to see the species of whale which migrate through the cold Arctic waters of Skjálfandi Bay. 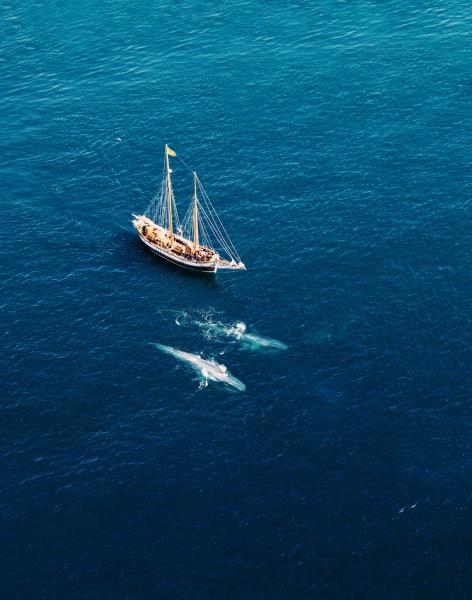 The film I am making, A Voice Above Nature, will observe in peaceful silence, one of the most powerful voices on earth. Through the eyes of a captain and young guardian to these whales, we will sail to find the Humpback whale and listen to an iconic song which holds great messages and possibly a cry for help.

Blue Planet II showed audiences the urgency of the issues we face with the state of our natural world and oceans. The severe levels of plastic pollution brought to light, has now encouraged a mass movement and effort towards change not just in the UK, but all over the planet. This indicates that now could be the time, to talk about and act against other problems with face in our oceans.

The issues of other types of pollution, such as plastic or chemical, can often feel extremely daunting and hopeless. But noise pollution, with awareness, could be tackled quickly. Through government legislation to enforce laws for boats to have more efficient sound-proofed engines, or to monitor whale migrations to protect their routes from shipping traffic or marine exploration. During construction in the oceans, companies have begun copying the behaviour of humpback whales and surrounding the works with a bubble net. Bubble nets are used by humpbacks to trap a shoal of fish they are hunting, and to contain sounds they blast at the fish from below to drive them to the surface. This technique has now been used to contain as much sound as possible at sites of construction, we have copied the behaviour of another species. Making these small adjustments to anthropogenic activities in our oceans, could significantly reduce the impact our sounds have on marine ecosystems.

If we were to go silent in our oceans right now, it would take 18 hours for the remaining trapped sound to go and with it, any consequences noise pollution has on the environment. But until then, ecosystems are moulded and driven by our continued presence in the oceans, as we have not yet learnt to lessen or remove the impact we have on the areas of the natural world which we exploit. It is not too late, however, to listen to marine voices and act.
Please follow the social media pages for A Voice Above Nature and if you can support the film or share to raise awareness, it would be hugely appreciated.

Thank you
Annie
A Voice Above Nature
Coming Soon
(Dec. 2018)

Please click to see the teaser for A Voice Above Nature


Links to the film A Voice Above Nature 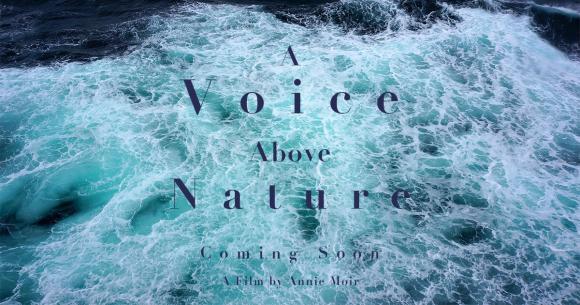