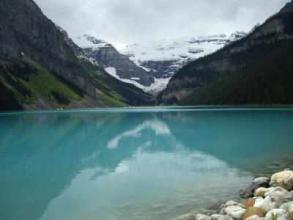 In 2010 Iceland was dubbed as the most “environmentally friendly country on Earth” [1] by a panel of North American scientists in the 2010 Environmental Performance Index. Up until 1904 when geothermal energy (or earth’s heat) was first discovered to successfully power light bulbs in Landarello, Italy, the only contact humans encountered with this energy source was the pleasure we took in hot springs as a result of earth’s heat rising to the surface [2].

Iceland’s green rock star status comes from the fact that its electricity is powered entirely by renewable sources [3]. As of 2007 geothermal energy made up 30 percent of total electrical generation, up from 17.2 percent in 2000 [4], while hydropower comprises the remaining 70 percent of electrical generation [3]. What is more impressive is that Iceland has proven that long term investments in clean energy make economic sense. Tapping into this renewable energy source not only reduces greenhouse gasses but it has saved approximately USD 460 million every year [3], a significant amount to a small economy. Furthermore, the 2009 National Energy Authority indicated that Iceland has saved a total of USD 7.2 billion since 1970 by switching to geothermal energy as the predominant heating source [3].

But not all countries are created equal when it comes to geothermal energy. Iceland’s commitment to harnessing a viable geothermal industry is made much easier by its geographic location. The land is part of an underwater mountain range known as the mid-Atlantic ridge where the Eurasian Plate, South American Plate and African Plate [6] all meet. The friction caused by the movement of these tectonic plates creates intense geological activity such as earthquakes and volcanoes [7]. The openings created by the Ridge allow Icelanders to take advantage of the heat without drilling deep into Earth’s crust.
Regardless of where a country is located on Earth it has the potential to harness some degree of geothermal energy for commercial use.  At its core Earth’s temperature is measured at5000°C—Presently, only twenty countries around the world have been able to tap into this renewable energy including Mexico, Costa Rica, Indonesia, the Philippines, France and Japan [5].

Today, electrical heating in Iceland has evolved from its humble beginnings in 1930, when a schoolhouse in Reykjavik first received hot water from nearby wells [4], to using steam from hot water to power turbines. Out of the total 160 swimming pools in the country, 130 are heated by geothermal water. Over the past fifteen to twenty years, geothermal heating applications have evolved to include de-icing sidewalks and parking spaces [4]. Icelandic geothermal researchers note, “[u]nder an extensive rehabilitation of streets in downtown Reykjavik few years ago, a snow melting system was installed under pavements and streets covering about 40,000m²”, in addition, “two third [of energy consumption] come from spent water from the houses and one third from 80ºC hot water” [4]. In other words, not only is water directly flowing from geothermal sites, the system reuses heated water from homes to eliminate snow cover on the streets of Reykjavik. The same ingenuity of electric heating using geothermal water is also extended to industries such as fish farming, seaweed processing, maintaining greenhouses, and food industries.

Aside from incorporating geothermal energy into daily life the future of geothermal energy looks bright. As of march this year Landsvikjun (the dominant Icelandic utility firm) announced its plans to export geothermal energy [1]. To do so, the firm hopes to construct an underwater cable up to 1,000 miles in length that could transport enough electricity to power 1.25 million homes [1]. The spokesperson of Landsvikjun states, “[t]he idea is to meet demand during peak hours in Europe, as well as some base load…[t]his project started last year and the current phase of research should be finished by the end of the year” [1].