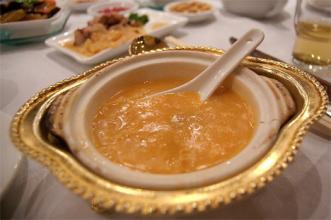 Have you ever heard of delicacies that at first seem odd? Examples of such unusual cuisines from the East range from birds nests (known as “Caviar of the East”)to live monkey brains and shark fin soup! Many of these delicacies are controversial since they involve the violation of animal rights and threaten endangered species.  Many advocates around the world have fought hard in recent years for the banning of such cuisines. Their efforts have finally paid off as shark fin soup is now banned from the dining table!

Locally speaking, I would like to introduce a great non-profit organization that promotes awareness for shark fin consumption called Shark Truth. I first heard of Shark Truth through the web. It is founded by a Chinese Canadian girl who graduated from Simon Fraser University in Vancouver, BC. Their initiative is to provide awareness and knowledge about how ecologically and environmentally destructive it is to consume shark fins. Not only is the practice inhumane and a violation of animal rights as the sharks are still alive when the fins are cut off, but the incredible amount of profit in this business exceeds imagination. According to the information on Shark Truth, “a single Whale Shark pectoral fin can sell up to $20,000 USD and a Basking Shark pectoral fin can fetch up to $50,000 USD!”

Before we can stop shark fin soup consumption, we must understand the culture and the history behind it and understand why people choose to consume shark fins. It is deeply rooted in Chinese culture that serving expensive food is not only an indicator of wealth and respect, but it also has fundamental health implications. It is to be remembered that shark fin soup is seen as a delicacy that is fairly expensive and is not eaten on a daily basis. The key initiative now is to find other alternatives that could replace shark fin soup, which is what Claudia and her team propagate on their website. They have listed up to seven different types of high quality cuisines as alternatives to shark fin soup, and they are willing to share the recipes. Their efforts have not gone unnoticed; through their special campaigns they have saved 2800 sharks and eliminated an estimated 28,000 bowls of shark fin soup. Furthermore, in eastern Canada, there are already four cities in Ontario that have banned shark fin consumption, including Toronto which has the most Chinese immigrants in Canada. But there’s more good news!

Internationally speaking, the summer of 2012 should be one to remember for shark protectors. According to the New York Times news article, “Taking Shark Fin Soup Off the Menu” by Bettina Wassenier on July 3rd, China, one of the places with the highest shark fin consumption, has finally agreed that serving shark fin soup will be banned as a delicacy during official banquets. Quoting from the Humane Society International, this is a “monumental decision” and it holds global impact on the rest of the locations where shark fin soup is still served in restaurants.

Being of Chinese descent myself, I’ve eaten shark fin soup before and know personally how big of a deal it is for traditional Chinese families to have this delicacy on special occasions such as weddings and birthdays. In the past, I never even considered stopping eating it, simply because I wasn’t informed about how life threatening it was to these animals and to overall ocean health. And also, why turn your head away from an expensive dish that you normally couldn’t afford to consume on a regular basis?

Cultural traditions play a great role in people attitudes and decisions and seeing some real life actions such as those of Shark Truth really inspires and encourages me to take action as well, and that is why I would like to do my part in spreading the word to more people! Reject shark fin soup and substitute it with other delicacies that don’t jeopardize our environment and endanger these animals that play a critical role in the health of the oceans!