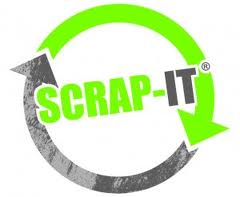 BC SCRAP-IT PROGRAM NEEDS YOUR VOTES!

Only BC-Based Program in the Running for
$100,000 National Grant Competition

Vancouver, BC – The BC SCRAP-IT Program has been chosen as the only British Columbian finalist in the “Air” category of the Shell Fuelling Change – a national grant competition that will see Shell Canada donate a total of $1 million per cycle to projects that aim to improve and restore Canada’s environment.

Grant recipients nationwide are determined by public vote. Voting for the current cycle ends April 30, 2012. Votes for SCRAP-IT in the “Air” category can be cast online at www.FuellingChange.com and at the SCRAP-IT booth at the Vancouver International Auto Show, April 3-8 at BC Place.

SCRAP-IT is a voluntary early retirement vehicle program that provides incentives to help British Columbians replace higher polluting vehicles with cleaner forms of transportation. The program, which first launched in 1996, is designed to reduce greenhouse gas emissions and to lower exhaust pollutants across the province. SCRAP-IT has removed more than 30,000 vehicles, all manufactured in 1995 or earlier, from BC roads, resulting in a reduction of 200,000 tonnes of greenhouse gases.

“We’re very proud of the SCRAP-IT Program’s success, and to win a Shell FuellingChange grant would be immensely valuable to us as we keep working towards lowering greenhouse gas emissions in BC,” says Dennis Rogoza, CEO of the BC SCRAP-IT Program Society. “Vehicle models 1995 and older emit up to 60 times more smog forming emissions than 2004 and later models. Replacing, for example, a 1990 sedan with a 2009 hybrid can result in a reduction of up to 67% in greenhouse gas emissions.”

Shell FuellingChange empowers Canadians to make a difference by supporting projects that matter most. Projects are voted on in three areas – Land, Air and Water. The projects with the most votes at the end of each cycle will receive grants in the amounts of $25,000, $50,000 and $100,000. Shell is also giving $10,000 to each project that has been pre-approved for inclusion in FuellingChange.

About BC SCRAP-IT SOCIETY
The BC SCRAP-IT Society administers the SCRAP-IT Program province-wide. If you retire your 1995 or older vehicle, you’re able to choose from a long list of incentives including transit passes, bicycles, car sharing memberships, new or used cars, or cash. All scrapped vehicles and their components are properly and permanently recycled. For more information and a complete list of incentives available, visit www.scrapit.ca.