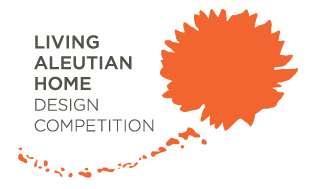 Spanish Team Wins Living Aleutian Home Design Competition
An updated twist on traditional Aleut design is set to become an affordable Living BuildingChallenge residence in one of the world’s most demanding environments.

PORTLAND, Ore. — May 10, 2012 — Cascadia Green Building Council and the Aleutian Housing Authority today announced the winner of its Living Aleutian Home Design Competition.   The winning team, Finnesko 13, was selected from among 104 applicants from 24 countries.

Finnesko 13’s winning design will be used to create a new home for Jimmy Prokopeuff, a 32-year-old Aleut man living in Atka, Alaska, whose current house is badly in need of replacement. But the true goal of the project is to re-envision sustainable, affordable housing in one of the world’s harshest locales and possibly revolutionize the industry.

The Living Aleutian Home Design Competition, hosted by Cascadia Green Building Council in partnership with the Aleutian Housing Authority, aims to inspire teams to bring the tenets and principles of the Living Building Challenge ™ to Atka, an Aleutian Island that has been continuously occupied for more than 2,000 years.  Currently, Atka has a population of 61 people.

“We were thrilled by both the global interest this contest generated and the incredible calibre of the entries. The overwhelming response is testament to traction that the Living Building Challenge is gaining as a strategy for transforming the built environment,” says Jason F. McLennan, CEO of Cascadia and the International Living Future Institute, and a member of the six-person jury panel that chose the winner. “The design and construction of this home, will demonstrate that the Challenge is a cost-effective and practical approach to construction in any setting.”

Finnesko 13 will receive a $35,000 cash prize and have the option to work with the Aleutian Housing Authority to bring the design to completion. The second-place entry, “House for a Windy Island”, by Jesse Belknap and Joseph Swain from Seattle, will receive a $15,000 prize. Tying for third place were teams from Girona, Spain (Universal Serial House by 2SIS Arquitectes Girona ) and Saugerties, New York (Orca House by Janus Welton). Honorable mention went to 24 Studio, another team from Madrid.

“The winning design was culturally relevant, incorporating traditional Aleut aesthetics as well as technical, aerodynamic and site specific aspects. Its shape will deal with the wind very effectively” says Dan Duame, Director of the Aleutian Housing Authority, noting that the Aleutian Islands are often referred to as the “birthplace of the wind.”  “Most importantly, I can build this house, while at the same time contributing to the sustainability movement in Alaska.”

With the close of the competition, the Housing Authority has a replicable design it can use in all 10 villages where it builds homes.  And it will help demonstrate to others, in rural areas everywhere, that there are ways to radically reduce energy consumption and make the switch to renewable energy, in safe, healthy, affordable homes.

About Cascadia Green Building Council:
Founded in 1999, Cascadia is a proud chapter of both the US and Canada Green Building Councils and serves the green building community in Oregon, Washington, British Columbia and Alaska. Cascadia promotes LEED and the Living Building Challenge through a comprehensive program of education, outreach, advocacy and research. A network of fourteen branches located in each of the region’s population centers ensures that Cascadia’s programming is targeted and locally relevant. Cascadia is a program of the International Living Future Institute, which is also home to the Living Building Challenge, The Natural Step Network, USA and Ecotone publishing. Please visit http://www.cascadiagbc.org.


About the Aleutian Housing Authority:
The Aleutian Housing Authority is the Tribally Designated Housing Entity for 12 federally recognized tribes in 10 communities in the Aleutian and Pribilof region. Since inception in July 1977, the housing authority has successfully developed 304 single-family homes, 65 low-rent units, and 17 fair market rentals. AHA continues to own, manage and operate 258 housing units throughout the region. For more information, visit http://www.aleutian-housing.com/.
-30-
#########