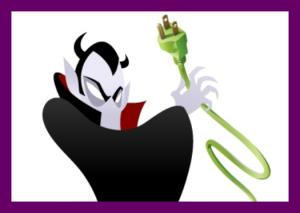 I have a confession to make… I am a former energy glutton.

Growing up, I had an irrational fear of the dark and would always leave the lights on. My parents were constantly reminding me to turn the lights off, or they were reprimanding me for bumping the thermostat up a couple of notches. In my defense, I grew up in Northern Saskatchewan, where the winter temperatures can often hover in the negative 40s and the sun sets before five. Regardless, I was blissfully ignorant-I didn’t have to pay the bills.

Cue my ‘wake-up call’, or perhaps ‘slap in the face’ is a more accurate term. I turned 18, moved into my own place and watched helplessly as the expenses started to add up.

I had anticipated paying rent, not quite as MUCH rent, but it had been a foreseeable cost nonetheless. Ditto on the grocery bill. Power on the other hand? Well that was a bit of a surprise.

I’m a bit ashamed to admit that it was financial necessity that caused me to reevaluate my energy consumption. It wasn’t until I started university and moved in with my ‘hippy’ roommate that I got an education in energy conservation.

One such lesson was learned the hard way, through a good old-fashioned roommate showdown. Every morning I would come into the kitchen, still half asleep, put a piece of bread in the toaster and then flick the switch to turn on the electric kettle. Every morning, both would be unplugged.

“Why, Marie, WHY must you insist on unplugging the toaster? It’s not like it’s on... What is the point?”

Well the point, as Marie proceeded to enlighten me, is that many appliances that remain plugged in use “phantom energy.”

Experts at the Lawrence Berkeley National Laboratory (LBNL) define phantom energy, or standby power, as the electricity used by appliances when they are shut off, or in ‘sleep’ mode. This power is used to light up displays, send and receive remote signals, and is consumed by circuits that remain operating even though a device is technically off. Basically, any appliance that has a clock or turns on with a remote will be an ‘energy vampire’!

A study done by The LBNL measured the standby power of certain household appliances and found their kWh usage, here are the annual costs adjusted for BC power rates…

While these sums may seem trivial, they certainly add up. In the average North American household there are up to forty devices plugged in and drawing constant power at any given time. The LBNL estimates that almost 10% of residential electricity, as well as 1% of global C02 emissions, are the result of standby power.

So what can we do? Traditionally the answer to that question has been power strips, or surge bars, with which we can control power to numerous devices with a single switch.

The designers at Belkin International have taken that idea a step further with the development of their new line ‘Conserve,’ and specifically, the Conserve Smart AV. Unlike traditional power bars, this smart power bar controls the power supply for up to 6 devices-with a remote! Perfect for entertainment centers, which, based on research by the LBNL, may be the biggest offenders in standby energy consumption. The device also acknowledges the necessity that some appliances remain on (DVR’s, anyone?), and so the Conserve smart AV has two outlets that receive continuous power.


Another product that stands out of the Conserve line is the ‘Conserve Valet.’ This dynamic station allows you to charge up to four devices at a time and automatically shuts off once all the devices are completely charged-with zero standby power! Clearly a bedside table essential.

The Conserve power switch is something that my household will definitely be investing in, two of them to be specific, one for the kettle and one for the toaster. These adaptors allow you to keep your devices plugged in with zero standby power; you just need to hit the switch on the adapter itself, rather than the device. As the Belkin website says…

And just like that, no more morning altercations regarding the toaster. 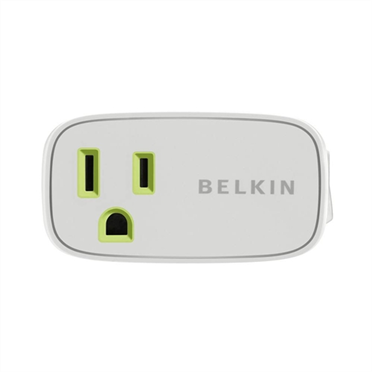 This last device really resonates with me; it’s called the Conserve Insight. This adaptor allows you to monitor the watts being used by a specific device, the CO2 production associated with that energy, and the total cost. This would be a great way to teach kids (Yes, even ‘big kids’) the impact of our energy consumption, both financially and environmentally. 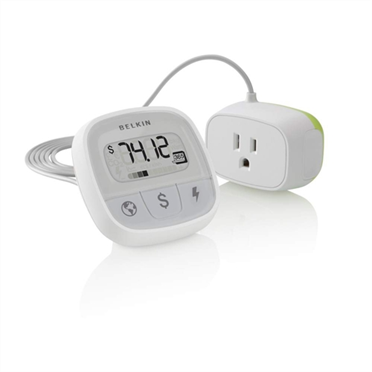 The 'Conserve Valet' is a

The 'Conserve Valet' is a fantastic idea! I hate leaving my laptop and phone plugged in over night. Not only is it using up energy, but its bad for the devices as well! Do any stores carry these items or is best to just order from the Belkin website?

Lots of places sell Belkin products, but I’d recommend calling ahead to see if they carry the conserve line. Personally, I’m a huge fan of Amazon.com!